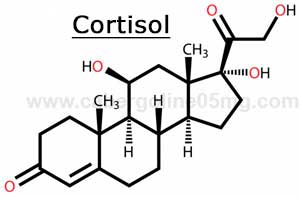 In sports, the analysis of prolactin in the blood is often crossed with that of the so-called “stress hormones” such as cortisol and ACTH (corticotropin). It has been seen that the secretion of this hormone increases considerably after exhausting physical exercise. It is therefore assumed that high concentrations of prolactin are related to what is called super training, or a physical condition in which, due to excessive training and competitive commitments, the body does not respond adequately to training stimuli and tends to lower its own performance level.

In female athlete, an excess of prolactin is, together with other hormones, at the base of what is called the female athlete’s triad, a rather serious condition, which is associated with overtraining, characterized by osteoporosis, amenorrhea and eating disorders generally.

Even during particularly stressful events such as fasting, acute myocardial infarction, burns and prolonged psycho-physical stress, prolactin secretion increases significantly. In these conditions the organism makes a desperate attempt to survive, increasing support for primary vital functions (heart, brain, kidneys etc.) and at the same time turning off all the “accessory” functions. Sexual desire and muscle mass under such conditions are completely superfluous and this is why prolactin goes on to switch off, together with other hormones, first the production of testosterone and then of all the other gonadotropins (FSH and LH). Here are explained the effects of hypersecretion of prolactin that we have before (impotence in man, alteration of menstrual flow in women and mobilization of fats to ensure energy supply to vital organs).

In body building chemical preparations, there is a strong fear is the onset of gynecomastia (increase in volume of the male mammary gland), often caused by high levels of prolactin. In this article, the major drugs used against hyperprolactinemia will be described, with brief insights into this phenomenon.

Bromocriptine vs. Dostinex: which is best for athlete?

The most famous of all, being the most present drug on the market, is a drug called Bromocriptine. Its efficacy and safety are left behind by those of Dostinex, but the medication has a long history that made it recognizable among older athletes. Bromocriptine is a dopamine agonist (which means that it acts like dopamine in the brain, primarily activating dopamine D2 receptors). Its main use is for the treatment of high prolactin, Parkinson’s disease, and acromegaly, it was also used by bodybuilders in the 1980s for its GH release action. However, its metabolic effects are far greater than those reported. In genetically obese rats, bromocriptine normalizes metabolism and there are many good reasons to think that it will do the same in humans. 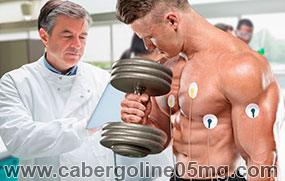 Bromocriptine is the chemical name of the active ingredient, it is sold under the trade name Parlodel. Parlodel is a registered trademark of Sandoz Pharmaceuticals in the United States and other countries.

Dostinex, just as as Parlodel, is a dopamine agonist, dopamine is a chemical in the brain that transmits nerve impulses and is involved in the formation of epinephrine. Dostinex was invented mainly in order to lower prolactin in patients with pituitary tumors and in other conditions of elevated prolactin, being very successful. It is also capable of restoring testosterone levels and increasing libido, improves energy loss and reduces fatigue. In body building a common goal is to increase testosterone levels which eventually lead to increased growth and muscle size. By reducing the total amount of prolactin, the body is able to increase testosterone levels. Dostinex can also be used in combination with anabolic steroids and dietary supplements without compromising their benefits. It is widely used by bodybuilders to combat prolactin and its related effects.

The last drug, which we treat in this article, is the new genration drug Jumex is indicated mainly for the therapy of Parkinson’s disease, and for all treatments related to an excess of prolactin, it is an irreversible inhibitor of MAO enzymes, therefore reduces dopamine reabsorption. The beneficial effects are very similar to the drugs Dostinex and Parlodel, but it has a very low incidence of side effects, this allowed it to be preferred in less severe cases, being among the three the least potent drug against hyperprolactinemia. It is very popular in body building environments.

Dostinex can be used during the diet (to minimize negative adaptations), preserving lean mass gains and can be useful to steroid users. It can also be useful for the treatment of diabetes and can have pro-sexual effects, including:

The drug unblocks inhibitory brakes, improves self-esteem, reduces anxiety and depression, and prevents the lowering of testosterone due to high prolactin. Among the main and very frequent side effects are strong nausea and lethargy. Dostinex has a half-life of approximately 79-115 hours.

Cabergoline appears to be more effective than bromocriptine; moreover, it is less frequently the cause of side effects. Bromocriptine, however, is less expensive than cabergoline and is widely safe in the event of prolonged use (the long-term consequences of using cabergoline are not yet clear). 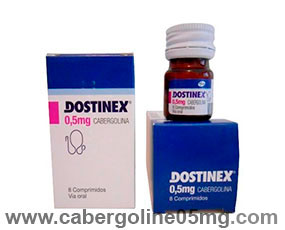 One of the main actions of these therapeutic pills is leveling the side effects associated with taking progestin anabolic steroids. In the course of numerous experiments, scientists proved that the medicine helps to remove excess fluid from the body, thereby providing a qualitative increase in lean muscle mass.

Prolactin is a single chain protein, closely linked to growth hormone. It is secreted by the lactotropic cells located in the anterior part of the pituitary gland. Furthermore, prolactin is synthesized and secreted by many other cells in the body, such as immune cells, in the brain, and in women it is secreted into the uterus during pregnancy. Dostinex is used by athletes and bodybuilders, in order to lower the levels of prolactin deriving from steroids with strong progestin activity, avoiding the side effects related to hypeprolactinemia. Overall, dostinex can be considered a relatively safe drug, despite having a side effect profile, which is not very different from many other similar drugs on the market, but in most cases the potential benefits are far superior to the side effects. Side effects, which may occur during treatment, include: nausea, dizziness, drowsiness, headache, filling of the nasal cavities.